Tyler Drevitch, a Middleboro, Mass. native, played his early Junior Hockey with the Bridgewater Bandits. Over his four year career with the junior program, he led the team in points several times and wore the captaincy. Following his stint with the Bandits, Tyler moved on to the USHL where he suited up for the Des Moines Buccaneers, Muskegon Lumberjacks, and Youngstown Phantoms. He ended his Junior career in the NAHL, playing for the Lonestar Brahmas.

Following his junior career, Tyler moved on to play Division 1 college hockey with Merrimack College. Over his four years, he helped lead Merrimack hockey to home ice advantage in the playoffs, upsetting Umass Lowell in the first round, and several big wins over teams such as Michigan, BU, BC, and Wisconsin to name a few. He was named captain of the team his senior year, alongside other awards to cap off his collegiate career: Tim Burke Warrior Award, Strength & Conditioning Award, and Athletic Director Award.

Tyler just finished his first year of professional hockey, suiting up for the Wheeling Nailers of the ECHL, who are affiliated with the Pittsburgh Penguins of the NHL and the Wilkes Barre-Scranton Penguins of the AHL.

Tyler has accumulated over 275 junior hockey games, 94 NCAA games, and 26 professional games, so far, in his hockey career. He has a Bachelor in Communications & Sports Management from Merrimack College. He has also countless hours and years of experience coaching and teaching players of all ages and levels in hockey, including with the Walpole Express. 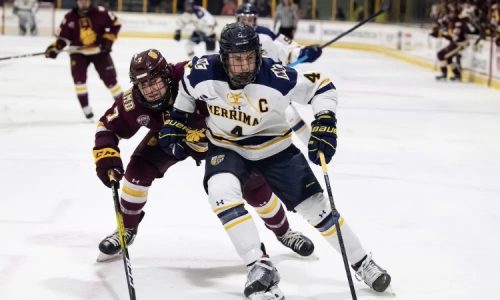 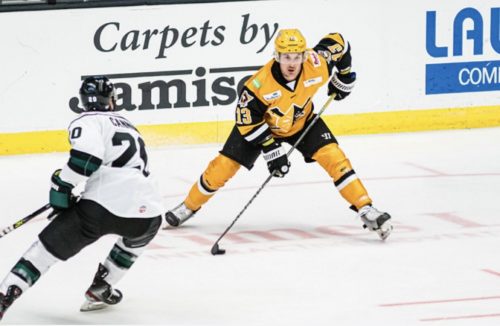